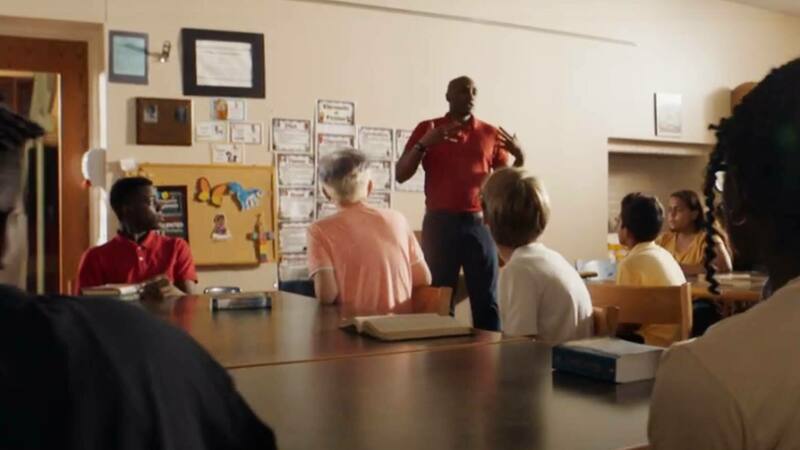 Fighting for Literacy Across America

Teaching English at Oakland High in the late 1990s, Ernest Morrell faced the age-old problem of how to get modern students interested in a canon of long-dead writers and poets.

“I just got tired of teaching the regular way that I was supposed to — it did not seem all that enticing or effective,” said Morrell, now the director of the Notre Dame Center for Literacy Education. “I think, more than being innovative, I was a pragmatist and realized if I wanted to get kids looking at me and not at the top of the desk, I had to do something different.”

“That’s really where my research life got launched, just trying to think of ways to make it more innovative, more engaging, ways to get kids to see how their own lives were already filled with literacy.”

So Morrell and a colleague, Jeff Duncan-Andrade, who were both pursuing higher degrees at the University of California, Berkeley, decided to introduce elements of pop culture such as rap songs into their classrooms as a way to engage the students with topics that kids know and care about. The goal was to start where they are and connect it to what they needed to learn, using hip-hop culture “as a bridge linking the seemingly vast span between the streets and the world of academics.”

They found the songs rich in imagery and metaphor, used them to teach concepts like irony and tone, and had students analyze their theme, plot and character development. Their students wrote papers comparing, for instance, the wasteland imagery in the poetry of T.S. Eliot with that of socially conscious early rapper Grandmaster Flash. The classroom had become a research laboratory.

“That’s really where my research life got launched, just trying to think of ways to make it more innovative, more engaging, ways to get kids to see how their own lives were already filled with literacy,” he said. “Trying to make connections between those literacies and what happened in the classroom, and also to have the classroom be a space where those kinds of out-of-school literacies were more highly regarded.”

Morrell and Duncan-Andrade co-wrote a 2002 paper analyzing their pedagogy and results in a journal published by the National Council of Teachers of English (NCTE). They wrote: “Hip-hop music should stand on its own merit in the academy and be a worthy subject of study in its own right rather than necessarily leading to something more ‘acceptable’ like a Shakespeare text. It can, however, serve as a bridge between urban cultures and the literary canon.”

Their work, Morrell said, was “noticed for all the right and wrong reasons,” ranging from a positive article in the Los Angeles Times to furious blowback in other circles. His colleague appeared as a guest on Bill O’Reilly’s Fox News show, where the host repeatedly excoriated multicultural attempts to “dumb down” education despite their peer-reviewed study of a positive impact.

That was the moment Morrell decided to fully pursue the academic route, launching his transition from high school teacher to literacy education expert.

“I remember going back to my professors and saying, ‘You need to help me pull together some research so that I can show that this stuff works,’” he said. “Then I got kind of hooked on it. I saw the power of academic research to really change outcomes and classrooms. And some of the things that we were fighting about on the Bill O’Reilly show are just common sense now.”

After stints at UCLA, Michigan State and Columbia, Morrell came to Notre Dame in 2017 as the Coyle Professor of Literacy Education, a professor in English and Africana studies, and director of the new center. In 2019 he also moved the work of the NCTE’s Squire Office of Policy Research in the English Language Arts to Notre Dame.

“Notre Dame is the intersection between scholarship and advocacy for justice and the Catholic mission,” Morrell said. “We really need to put forward, as Fr. John [Jenkins, C.S.C., University president] would say, ‘being a force for good’ through our research. We can show that this work — using our scholarly tools to advocate for the most vulnerable populations — is at the forefront of the Catholic mission.”

The Squire Office’s effort kicked off with national studies of the hottest topics in the field: how popular culture and a concept known as translanguaging are impacting U.S. classrooms.

Translanguaging starts with the idea that there are multiple linguistic registers used in students’ everyday lives, and these different types of language can be seen not as a liability, but from a positive viewpoint as a way to build multilingual practices and maximize learning.

For instance, students might speak informal and formal Spanish, as well as street and classroom English. They might switch between these four linguistic registers naturally, in the same way that Morrell used to notice Long Island residents change the way they spoke the closer the train got to New York City. Or the same way an author might switch between formal exposition and character dialogue in dialect.

“Yet these same students step into a classroom and see themselves as bereft of language,” Morrell said. “When really they’re more skilled at switching through multiple languages than many adults are. So how do you embrace that and leverage it in our classrooms?

“It’s really kind of going above this notion of individual languages, thinking about how a bunch of different language practices are fused together in the classroom.”

The shift from denigrating to embracing translanguaging has been “a real game changer,” Morrell said. Students and teachers are awash in language but haven’t always realized it. School districts with changing demographics or diverse populations, from L.A. to Texas to Florida, can benefit from this work that won the authors NCTE awards in research.

“Both of the studies are tremendously important because they show ability and skill where sometimes we haven’t seen it,” he said. “They challenge us to think a little bit differently about what formal instruction should be. And they help us to think much more democratically about the world we’ll inhabit.”

The Squire Office has since published three additional briefs, put together by some of the top scholars in the field, and has several more in the pipeline, said Morrell. The briefs ultimately influence policymakers, teachers and education leaders and have the potential to impact millions of children.

Morrell knows this ground well. On top of his policy work, he wrote two curricula: “myView,” a K-5 program, and “myPerspectives,” its 6-12 counterpart. Both focus on amplifying kids’ voices and perspectives through a combination of whole class, small group and individual work. Those syllabi have influenced curricula in every major district, in every state, across the United States, most recently in Detroit, where Morrell is working with the school district to redesign its entire curriculum.

Morrell grew up in the San Francisco Bay area, mostly in Oakland and San Jose. He was the second of eight children to a mother who taught kindergarten and a father who taught high school.

“What I learned from them is kind of an approach to how one is an educator,” he said. “It’s a kind of a full-throated commitment to young people and their families, and a belief in the excellence in young people.”

After graduating from the University of California, Santa Barbara, Morrell turned down opportunities ranging from a graduate fellowship at Harvard Business School to a lucrative finance career with Bank of America.

Instead, he chose like his parents to teach “what you would call vulnerable populations.” His experience teaching English and coaching three sports, plus gospel choir, in the 1990s “definitely informs my research now,” he said.

“I didn’t save those kids. We took the shackles off and let them be themselves.”

Oakland High draws equal portions from a diverse community of Asian, Central American and African American populations in the area. Violence, dropping out and teenage pregnancy were among the regular challenges for his students. But while teaching in Oakland and implementing his new methods, Morrell saw graduation rates more than double. Education, he notes, is a powerful intervention tool.

Morrell said he still follows many of his former students on Facebook, watching their careers unfold as entrepreneurs, legislators, judges and more.

“I didn’t save those kids. We took the shackles off and let them be themselves,” he said.

They are more complimentary — many attribute their success to Morrell. In a recent gathering, several students came together to reflect on how their trajectories shifted because of his positive influence. 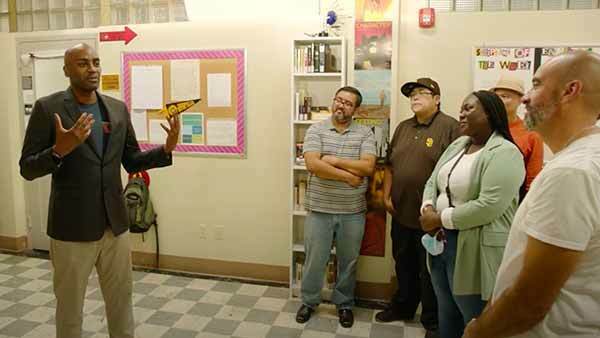 Meanwhile, at Notre Dame, Morrell continues to shape lives. As a professor, he teaches courses ranging from post-colonial literature to popular culture to a Toni Morrison research seminar. He’s also working with the Alliance for Catholic Education to teach critical pedagogy and education for social transformation with the hope of inspiring the next generation of teachers.

He also serves on the board of Notre Dame’s Literatures of Annihilation, Exile & Resistance symposium, which, he said, is bringing new literary artists and voices to campus, influencing new courses and is helping to recruit diverse students and faculty.

Morrell notes that his time at Notre Dame has been exceptional. Here, he said, people are poised to do good. They have good instincts and good ideas. His job is to embolden his students to see they can be agents of change. To do so, his advice is simple: “Roll up your sleeves and be humble.”

A version of this piece was originally published on ND.edu in September 2020. 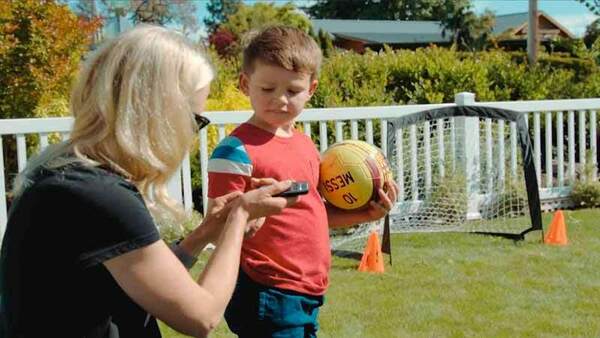 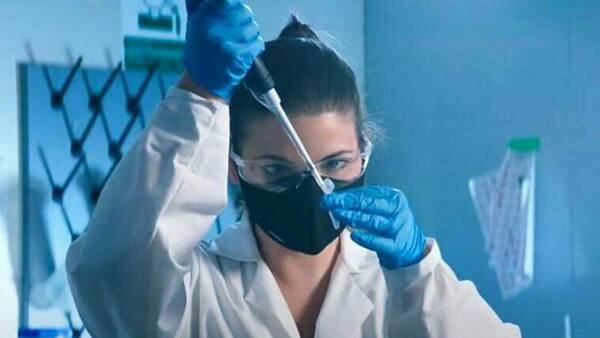 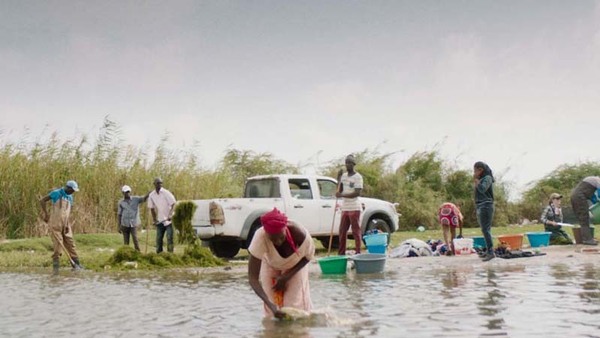