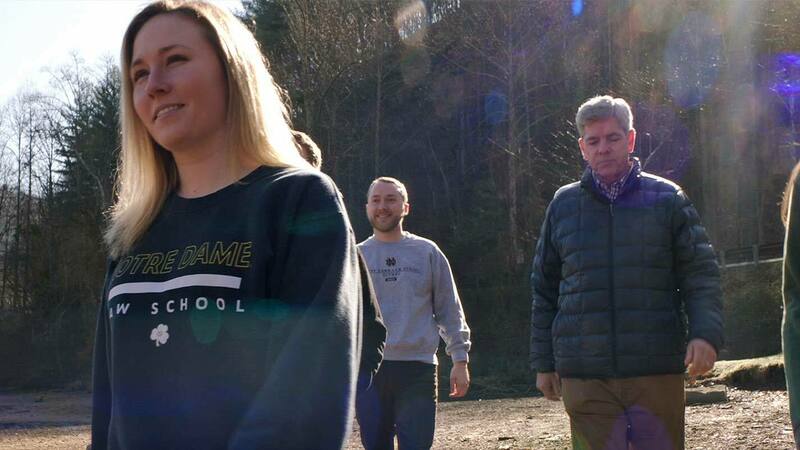 Fighting to Educate a Different Kind of Lawyer

Law students represent disabled clients scammed out of their benefits in the largest Social Security fraud in U.S. history

For many years, the drive into Prestonsburg, Kentucky, was dotted with Eric Conn billboards advertising legal services for Social Security and disability benefits. Some were funny — one depicted him as an astronaut, one had a 3D figure of him sitting atop the billboard. Much less amusing is what Conn did to thousands of residents of the area.

Prestonsburg sits not far from where Kentucky meets Virginia and West Virginia. It’s a small town in one of the poorest counties in the country. There, median household income sits just above $20,000. But from his work in the region, Conn defrauded the Social Security Administration of more than $550 million, the largest Social Security fraud in history.

The case caught national attention, even becoming the source of a four-part docu-series by Apple TV+ this spring. But in the wake of the scandal were thousands of people unemployed, disabled, penniless and distraught.

“If you had a disability case in this area, you went to Conn, because he had the biggest and most well-known practice,” explains Bob Jones, a professor and the associate dean for experiential programs in the Notre Dame Law School.

“His clients did not know he was dishonest, but then when his con was discovered — he had a doctor on the payroll and an administrative law judge on the payroll and so forth — Social Security just summarily cut off benefits to hundreds or thousands of his former clients. These are people who live in the hills, with no income and legitimate disabilities, and now no way to live.”

“This region has all the beauty and all the heartache of humanity. It’s a fascinating area and culture with a lot of hospitable, wonderful people.” —Bob Jones

To differentiate the truly disabled from the scammers, the Social Security Administration insisted on new hearings for every Eric Conn client — around 3,800 — and refused income to those in question until they could be assessed. What’s more, some residents received bills to pay back all the money they had received, in some cases upward of $100,000. Ned Pillersdorf, a local attorney, bleakly recalls the aftermath. Friends and neighbors went from living on $900 per month to nothing. Suicides skyrocketed. What’s more, almost none of the clients had ever even met Conn and could not have been in on his scheme, Pillersdorf says. His practice became flooded with Conn clients, and he was drowning.

In an effort to expedite payments, some residents tried to represent themselves at the hearings — but only about 18 percent were awarded their benefits. In comparison, two-thirds of those with legal counsel kept theirs. Pillersdorf needed help to save his neighbors’ benefits and their lives. At first, a wave of lawyers from around the country swooped in to represent at more than 1,000 hearings, but as quickly as they came, they were gone. Then came reinforcements from law schools.

In 2008, long before Eric Conn was caught committing fraud, Notre Dame’s Law School began volunteering in the area. Jones notes that Notre Dame’s Center for Social Concerns had been sending undergraduate students to Appalachia for years, so he created the law externship largely influenced by that model.

“This region has all the beauty and all the heartache of humanity. It’s a fascinating area and culture with a lot of hospitable, wonderful people,” says Jones, a Kentucky native himself. “And it’s also a region that’s racked by poverty and has been isolated and left behind in many ways by America.”

Jones believed the program should extend beyond a mere service trip, and as of 2010, insisted the experience be credit-bearing and part of the Law School curriculum. In preparation, the students take a course with Jones that contextualizes the place and the expectations of them.

“My class sessions are focused on poverty and how legal issues arise from the poverty and social issues in central Appalachia, including coal mining,” Jones explains. “The reflection that I ask the students to do in this course is very directly about poverty and service, and what they’ve learned and how this is going to impact their thinking about their careers.”

The experience, which Jones calls part immersion and part legal assistance, allows the students to both learn and serve in tandem. It’s been effective — some students have rerouted their postgraduate careers into public service, while others have found job opportunities that allow time for pro-bono work.

“Law students are going to go out in the real world, they can do a lot of harm or a lot of good, and a way to prepare them is to have them meet real people in real situations and use their skills.” —Ned Pillersdorf

Back in 2008 when the program launched, the students began working with the nonprofit law firm called the Appalachian Research and Defense Fund of Kentucky Inc. (AppalReD), which had called upon Notre Dame to help provide free legal services ranging from housing assistance to end-of-life planning to family law for low-income clients. The students have continued to return every spring and fall break since.

In 2015, Rob Johns ’91 took the helm of AppalReD where he now mentors the Notre Dame law students during their visits. He hopes that the introduction to both Appalachia and public service inspires the students to use their legal training to serve those who need it the most.

“We at AppalReD try to make sure that our clients have the basic necessities of life: food, housing, health care, income, safety, stability,” Johns explains. “We really appreciate the students coming here twice a year and doing the great work they do. We hope that we provide them with some information and hopefully some good experience that they’ll be able to use as they figure out what they want to do with their careers.” 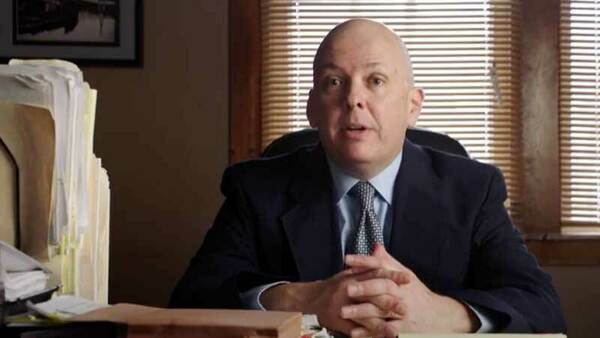 Pillersdorf echoes the gratitude for the Notre Dame law students. They signed on to start working on the Conn cases in 2016.

“Notre Dame law students have been probably the most valuable players in helping me the last three or four years that they’ve been coming down to this debacle,” Pillersdorf says. He explains that while many law schools have students practice moot courts and hypothetical learning, Notre Dame students work on the ground and get real experience.

“Law students are going to go out in the real world, they can do a lot of harm or a lot of good, and a way to prepare them is to have them meet real people in real situations and use their skills,” he says.

Under Pillersdorf’s guidance, the students dove into the Conn cases. The difficulty was not proving the clients are disabled — but proving they were disabled at the time they hired Eric Conn. To do that, the students located and reviewed medical records, pieced together timelines and met the clients themselves to record their stories. As law students, they were even able to serve as representatives at the Social Security hearings. Even in the short, one-week stints, the impact was enormous, Pillersdorf says.

“I’ve heard consistently that the law students did a better job than the lawyers,” Pillersdorf says. “When the Notre Dame law students came down and, you know, significantly joined in the battle with the Social Security Administration, they made a real difference in not only saving these people’s benefits, but in my opinion, likely preventing them from committing suicide or trying to commit suicide.”

Since then, the students have also helped Pillersdorf on another national case. In 2019, energy company Blackjewel abruptly filed for bankruptcy and closed its coal mines in Kentucky, Virginia and West Virginia without paying hundreds of miners. The amount owed was estimated to be more than $5 million in back wages. Pillersdorf took on the case and, with some assistance from Notre Dame law students, won the case to get the miners their back wages.

“The Appalachia Externship helps open students’ eyes to those needs and helps them understand how they can use their legal skills to change lives.” —Bob Jones

“If our students happen to be there at the right time, they’ll help out with one of these major cases such as Conn or Blackjewel,” Jones says. But he underscores that this is not the only opportunity in the Law School for experiential learning. The school boasts a number of clinics and externships that allow students to practice what they’re learning by providing supervised legal services. The work ranges from exoneration, to mediation in family and civil cases, to asylum cases, to community development. Eighty percent of students enroll in these programs before graduation.

“The Law School’s mission is to educate ‘a different kind of lawyer.’ We instill in our students that serving those most in need should be an integral part of their careers,” Jones explains. “The Appalachia Externship helps open students’ eyes to those needs and helps them understand how they can use their legal skills to change lives.”

And they have. Back at AppelRed, Johns believes the law students and their presence in rural Kentucky are the embodiment of Notre Dame’s mission.

“Notre Dame is very committed to social justice. This is just one of the many, many ways that Notre Dame walks the walk. They don’t just talk the talk,” Johns says. “We appreciate the opportunity to connect with them and to have the students here. We hope that this partnership continues for many years to come.”