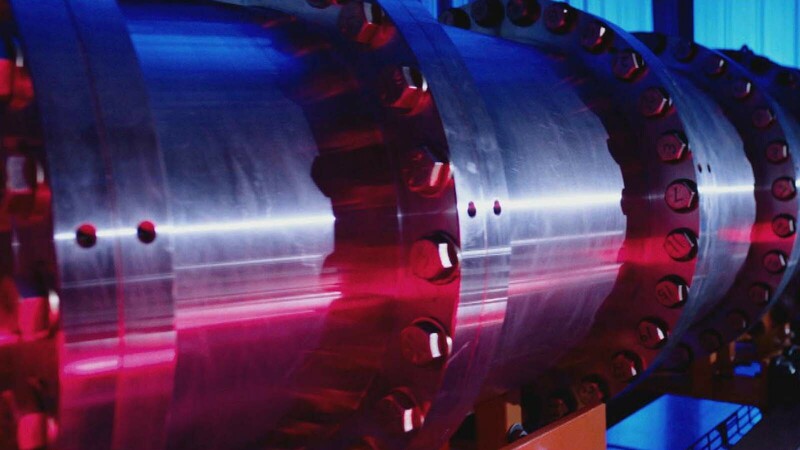 In 1882, an ambitious Notre Dame student named Albert Zahm built what might have been the first wind tunnel in the United States so that he could study the lift and drag of various wing shapes.

Zahm built the hand-driven contraption by removing the vibrating screens from a farmer’s winnowing blower. Two decades before the Wright brothers’ famous flight in 1903, Zahm was among the first to conclude that slender, concave surfaces shaped like a bird’s wing would make the best wings and propellers.

A true pioneer in American aeronautical engineering, Zahm would later go on to launch glider experiments from the roof of Old Science Hall (now LaFortune Student Center) as a young professor, write influential aeronautics papers on stability and flow control, and build the country’s first large wind tunnel. He was the brother of Rev. John Zahm, C.S.C., after whom a residence hall is named.

Tradition matters at Notre Dame. So when the aerospace engineers involved in today’s Institute for Flow Physics and Control considered where to place future investment, they decided to build the country’s largest quiet Mach 6 wind tunnel as the next step in a proud heritage. 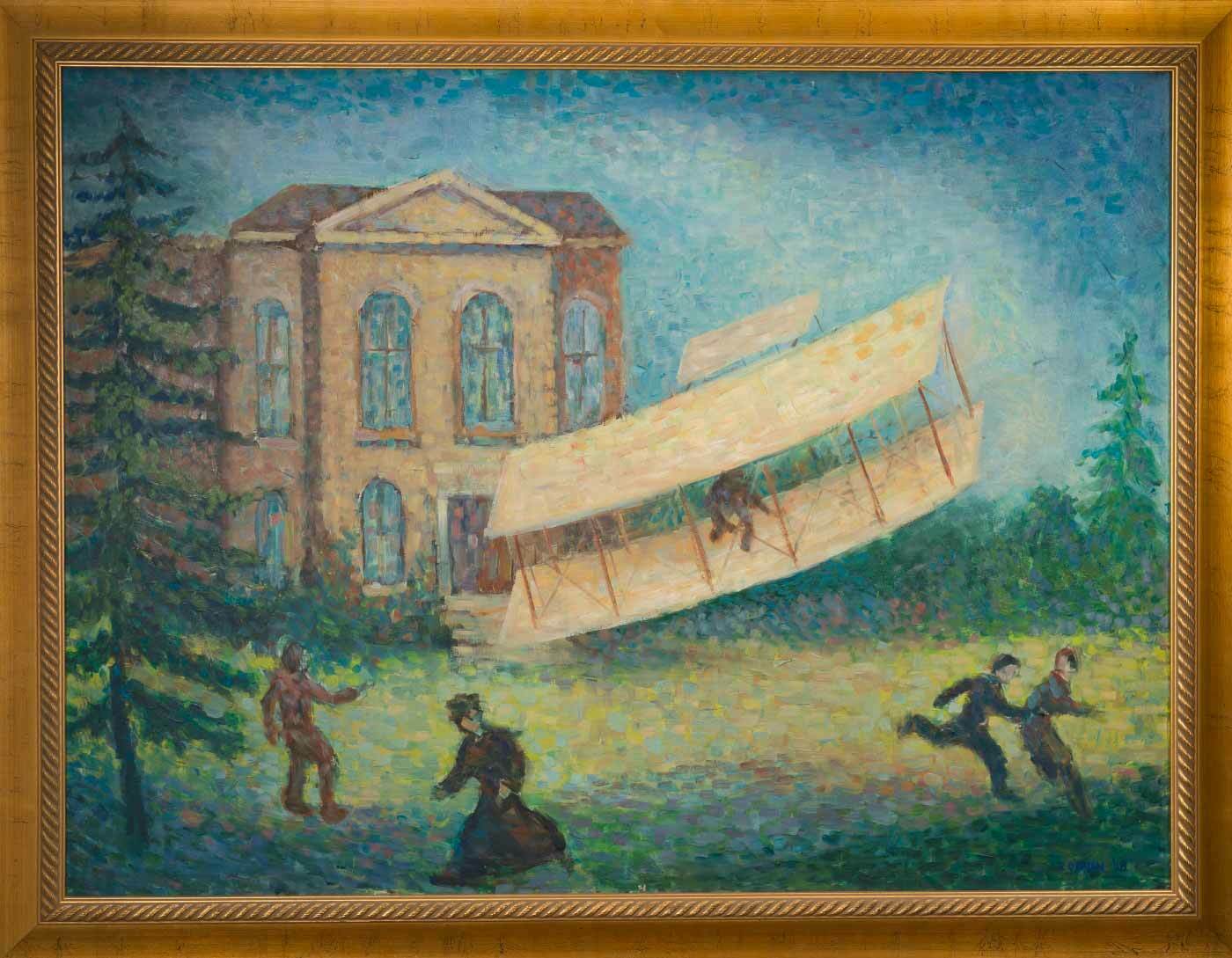 Painting by Richard (Dick) O’Brien ’58 depicting a glider experiment by professor Albert Francis Zahm. The painting which once hung in LaFortune Student Center now hangs in the Hessert Laboratory for Aerospace Research.

“Zahm is well-known for his contributions to gliders and flight, really fundamental aerodynamics,” said Thomas Corke, the institute’s founding director. “What we’re doing now fits that theme of doing fundamental research that will contribute to real applications in the future of flight.”

To achieve the goal, the department and institute hired Thomas Juliano, an expert in fluid mechanics who wrote his master’s thesis on how to make hypersonic wind tunnels work better.

“Ultimately, we want to get places—fast. It’s that simple…”

Juliano, like Zahm, was born in Ohio. From an early age, he made model airplanes, subscribed to aviation magazines, and frequented air shows and the Wright brothers’ museum in Dayton. He attended the California Institute of Technology for his undergraduate degree and Purdue University for his master’s and doctoral degrees

At Purdue, Juliano worked with aerospace engineering professor Steven Schneider to build the world’s second quiet wind tunnel operating at hypersonic speeds, allowing experiments on airstreams traveling at six times the speed of sound, or about 4,000 miles per hour at sea level. The “quiet” designation refers to reducing pressure fluctuations (that is, noise) that interfere with experiments. Juliano helped debug that tunnel in the last two of four years it took to get it working at peak efficiency.

He said the only other American quiet hypersonic wind tunnel was built years ago by NASA and is now at Texas A&M University. That one is more expensive to operate because it works with longer run times. Like Purdue’s, the Notre Dame tunnel uses a long tube to shoot air through a nozzle and over test subjects in short bursts, gathering extensive data in about a second. Notre Dame’s tunnel, however, has a longer and wider nozzle, more than double the size of the one at Purdue. 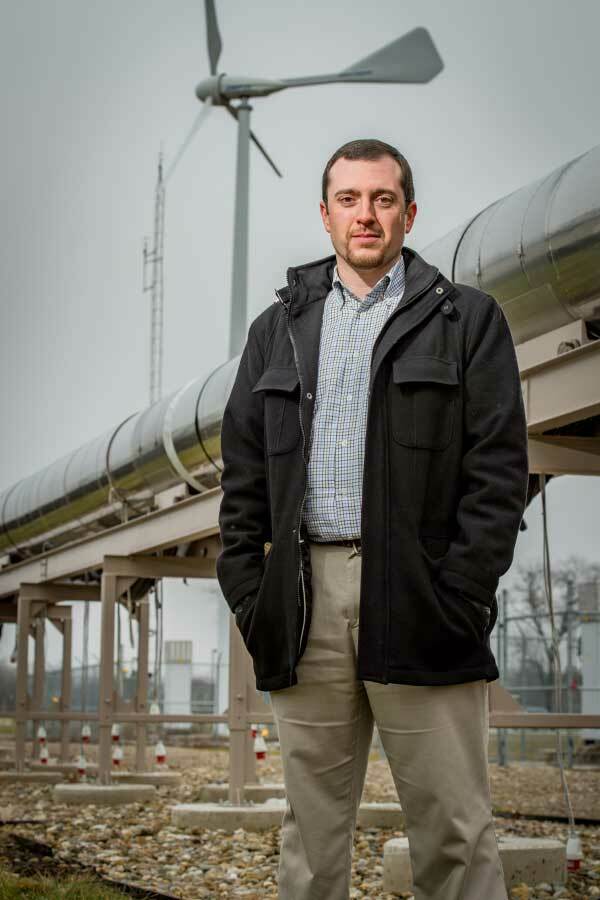 Thomas Juliano stands in front of the stainless steel driver tube of the hypersonic wind tunnel being built at the White Field aerospace research facility.

“Size refers not so much to the length of the tunnel but to the diameter of the nozzle,” Juliano said. “The goal is to be able to test bigger models and get more information.”

Using a proprietary nozzle design developed in conjunction with Boeing, the size of the quiet zone test area is nearly six feet long, compared to just 28 inches in other Mach 6 tunnels. The nozzle, about 25 feet long and weighing nearly 5 tons, converges to a neck and then slowly diverges in order to gain speed and prevent turbulence. Expert technicians at the Engineering Machine Shop in the Hessert Laboratory for Aerospace Research built the nozzle in sections, with specifications that must be within a tenth of a thousandth of an inch to prevent turbulence. That exacting measure makes a single strand of hair look like a giant redwood tree.

Because this tunnel is one of a kind, nearly every piece is custom designed. Juliano jokes there was no “wind tunnel catalog” from which to select pieces. Instead, Juliano, along with Notre Dame’s technical staff, graduate students and undergraduate Nicholas Sanchez-Plesha ’19, designed everything from scratch in the Hypersonic Aerodynamics Lab.

The Mach 6 wind tunnel is comprised of an 80-yard stainless steel driver tube full of pressurized air heated to 600 degrees Fahrenheit, two large vacuum tanks, and the specialty nozzle and six-foot long test section. The extensive set-up required an extension be built onto the White Field Laboratory on the north side of campus. The entire project cost $5.4 million, much of which was funded by the Air Force Office of Scientific Research. Key government interests include keeping up with other countries’ hypersonic research, building faster planes and improving surveillance and defense capabilities, Juliano explains.

Juliano said satellite surveillance made the SR-71 Blackbird obsolete, the high-altitude reconnaissance plane Rev. Theodore Hesburgh, C.S.C., once rode at 2,200 miles per hour. However, there are times and weather conditions where satellite imagery is not possible or adequate, and a hypersonic plane would be better suited. These super-fast planes could also be used for humanitarian and defense purposes.

“The analogy that I like the best is pizza delivery,” Juliano said. “If you want a pizza anywhere in the U.S. within 30 minutes, you need to build ovens all over. But if your oven is the most expensive and best one, the other option is to speed up the delivery system.”

One chart Juliano uses shows that an airplane at Mach 6 speed can fly from Washington, D.C., to Denver in 15 minutes, or to the West Coast in the same amount of time if flying at Mach 9.

“Ultimately, we want to get places—fast. It’s that simple,” Juliano said. In the long term, a flight from Los Angeles to Tokyo could take just two hours. While that’s 20 to 30 years away, Juliano’s group is working now to reveal the underlying physics of hypersonic fluid mechanics that will make those technological systems possible. Juliano has also begun to design a large Mach 10 quiet tunnel that will be the Mach 6's sister facility and extend his group’s research to yet higher speeds.

Designing vehicles to fly at those speeds will take significant research, such as improving the accuracy of heating predictions for vehicles re-entering the Earth’s atmosphere from orbit. As speed increases, temperatures rise by the speed squared. A thermal protection system is necessary to prevent melting or explosion.

“My job is to figure out what temperatures those materials need to withstand,” he said. “Mach 10 temperatures could exceed 9,000 degrees Fahrenheit. But you can’t just guess or be conservative because heat shields are heavy and expensive.”

One key to hypersonic flight is to figure out how to keep air flow over the surface of an aircraft smooth, or laminar, which produces much less friction and heat. The wind tunnel team will study the transition from laminar to turbulent air flow to better understand how to minimize turbulence and how this flow affects test models.

The futuristic aerodynamics research at Notre Dame would amaze even Albert Zahm, just as he often startled his own peers. Zahm suspended a flying machine operated by foot power, hanging from the ceiling of the museum in the Science Hall on a 50-foot rope. His shop assistant made “flights” in a circle around the museum to test various propellers, sometimes using his feet to keep from colliding into the walls on his rapid bank maneuvers.

When the museum curator, Brother Benedict, found footprints high on the walls, he figured only the devil could walk up a wall. So he sprinkled the place with holy water. If the Mach 6 wind tunnel continues tradition and breaks new ground on the next generation of flight research, perhaps it should receive a similar blessing.