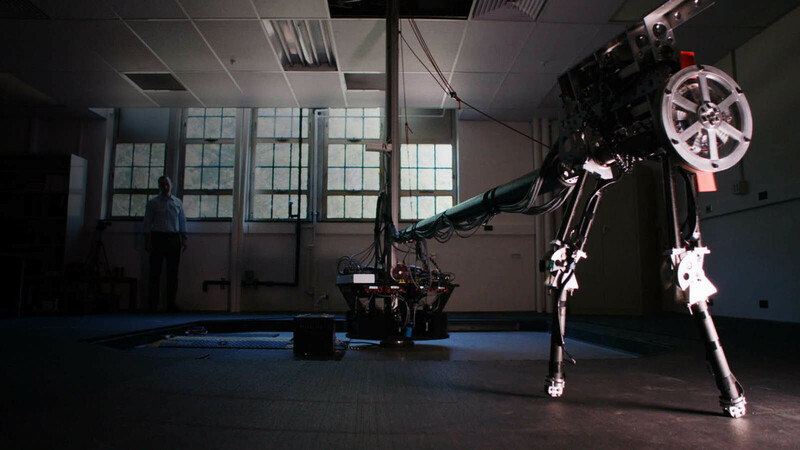 March 8, 2014 was a Saturday near the end of a long, cold winter in Ohio. The high temperature that day was a brisk 46 degrees. The low, 30. The details of the weather are now mostly relegated to almanacs, except in the memory of Greer Rouda. The continued hold of winter meant there was still time for cold weather activities. And so it was that Rouda took his snow mobile out for a spin, only to hit a hole in an ice patch. The machine jarred and stopped abruptly, sending Rouda more than 80 feet through the air. He suffered a fracture and faced the prospect of life as one of the 450,000 Americans living with a spinal cord injury.

Rouda is a diagnosed incomplete quadriplegic. “Incomplete” not a description of the injury’s effects. It means at least some portion of the cord that serves as the sensory pathway between the brain and the rest of the body has remained intact. People with incomplete spinal cord injuries can learn to walk again because the nervous system has a great deal of plasticity: The remaining neural connections can be retrained for walking (clinically known as locomotion), even if that was not their original use. Body weight-supported treadmill training is a fairly standard component of the rehabilitation for these injuries, wherein the hips are supported to varying degrees via a harness, facilitating the act of walking by lessening the load on the legs.

However, there are patients — Greer Rouda, for one — who initially respond to the treadmill training, only to reach a point at which no further progress is made. An explanation for why this plateau is reached has proven elusive, and to date, so has a rehab strategy to spur on further recovery. But a team of researchers is looking for answers to this most human dilemma by using an unlikely collaborator: a robot. 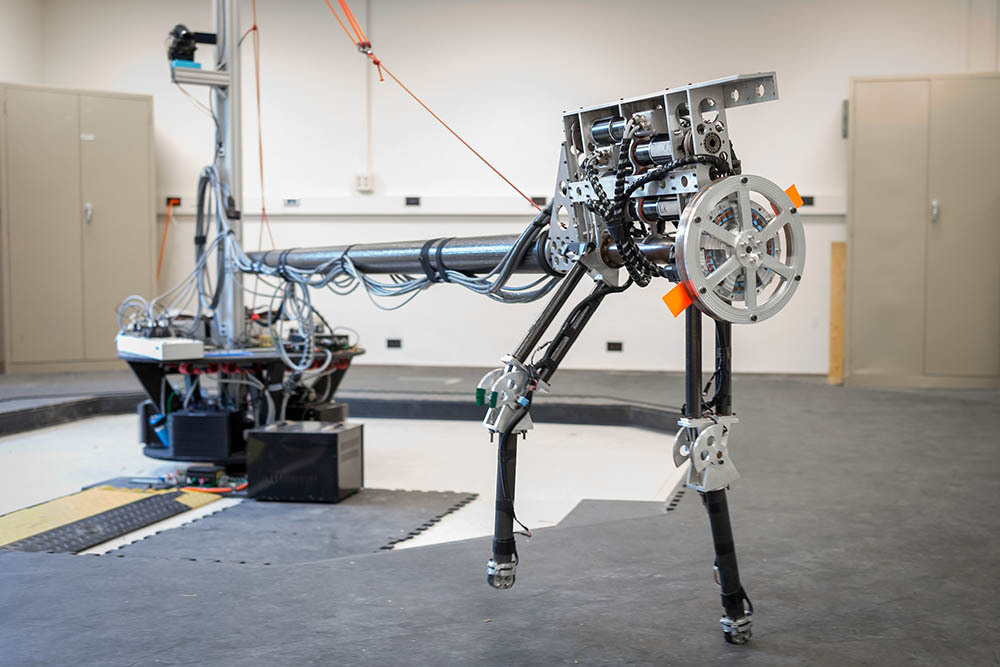 James Schmiedeler, associate professor of aerospace and mechanical engineering at the University of Notre Dame, builds and conducts research with biped robots. He’s quick to point out that physical therapy experience is conspicuously absent from his CV, but as an engineer, he sees parallels. “It’s not too hard as an engineer to look at the human body and think of it as a mechanical system, and if you include the nerves, an electromechanical system,” says Schmiedeler. “Both have ‘actuators’ - we use electric motors on the robots, humans have muscles that are far more efficient than anything we have access to. Both have joints, a rigid structure.”

And as it turns out, both humans and robots face similar walking challenges. Walking involves something called negative work, when the muscles contract in the presence of a resistant force, causing the muscle to elongate. Robots and incomplete spinal cord patients struggle with negative work. It’s a question of force. Oftentimes spinal cord patients either step with too little force and an extremely flexed knee joint, or they step with too much force and essentially slam the foot into the ground and lose the energy.

“That latter strategy is exactly what our robot used to do, and it caused us no end of problems,” Schmiedeler says, chuckling. “But by attempting to improve the control of the robot to conduct smoother, more human-like locomotion, we aim to better understand where the deficits lie in helping patients relearn healthy walking.”

Schmiedeler is collaborating with researchers at the NeuroRecovery Network at The Ohio State University, including D. Michele Basso, professor and director of research at the School of Health and Rehabilitation Sciences. Basso and Schmiedeler began exchanging ideas of how their work could complement each other’s after attending a conference. It didn’t take long to discover the shared challenges, and potential strategies.

To start, Schmiedeler worked with OSU on research that evaluated young, healthy subjects walking on a treadmill. Those findings directly informed Schmiedeler’s efforts to improve the design and control of the biped robots in his lab. Together, Schmiedeler and OSU are now utilizing these same principles as a way to understand the difficulties humans experience when relearning to walk after incomplete spinal cord injury.

“It’s really interesting to think through a problem from different perspectives,” says Basso. “I’m always thinking about muscle integrity, joint integrity. Jim will bring to it a system control perspective, and he can do things with the robot and tell us the implications in the step cycle or any element of stepping.”

Schmeideler’s biped robot provides a platform on which different walking control strategies can be readily tested, with the insights gained from those experiments informing Basso’s team’s efforts to develop improved therapeutic techniques.

“He can control the magnitude of the change,” Basso says. “He can do it quick. And sometimes, he can make the robot fall. We would never do that in our human subjects, obviously. It makes for a very strong collaboration, and blends expertise that are truly one of a kind.”

“It's exciting to think that this research, if successful, could be utilized by rehabilitation facilities quickly, for very little cost.”
— James Schmiedeler

Solving the problem of recovery plateau is their current focus. Schmiedeler and the OSU researchers believe the answer may center on training the control mechanisms the body uses during the impact phase of walking. This outcome is among the goals of the standard body weight-supported treadmill protocol for spinal cord recovery patients. But for those who have shown no additional benefit from that type of therapy, a different approach may be necessary to uniquely engage the control mechanisms: tilting the treadmill downward.

The current protocol in spinal cord recovery is task-specific, designed to develop the body to support typical actions. As Schmiedeler points out, that usually doesn’t include walking downhill. “It’s well known that folks with a spinal cord injury or other locomotion problems don’t like walking downhill. They avoid it,” he says. “But we believe that the flat-surface method alone is not enough to force individuals to properly engage their control system for dealing with impacts, making it harder to transition results off the treadmill.”

The process of walking downhill places more emphasis on the negative work of the leg muscles, and as a result, may help spinal cord patients to improve where improvement had stopped. It engages the nervous system in a way that is unique and will actually “prime” the next step.

The study underway in Columbus includes participants who all previously participated in body weight-supported treadmill therapy, but have not been in active therapy for the past six months because they had plateaued in their recovery. Schmiedeler and the OSU team specifically chose this group for the study because they are the least likely to benefit from additional therapy, and are therefore the toughest test for this research.

While it’s early, initial results seem positive for people like Rouda. Basso admits a degree of surprise at some of the early positive findings. “When I see them move their legs in new ways, and in ways that are more normal, it gives me chills. Some of the things that our patients have demonstrated in our sessions are things I’ve never seen before in my career as a physical therapist.”

More work is ahead, including development of full-body dynamic models based on the experimental results to help assess the specific muscle function influenced by the downhill training. But with the initial results encouraging, the team is looking forward to the next steps.

“For such a novel solution, the implementation of downhill treadmill therapy across the country would be fairly simple,” says Schmiedeler. “It’s exciting to think that this research, if successful, could be utilized by rehabilitation facilities quickly, for very little cost."

“My hope is that we help everyone who has stalled in their recovery,” he says. “That may be unrealistic, but if we can help a significant number of people, perhaps this can be expanded into more people, and earlier on in the process.”