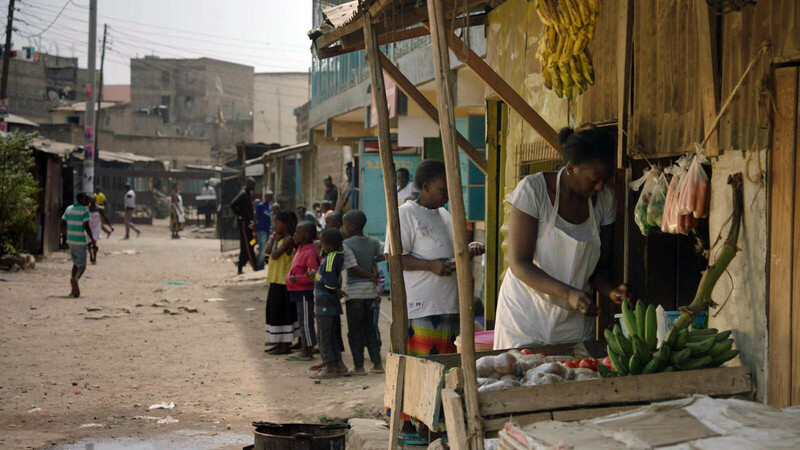 In Dandora, Kenya, a sprawling neighborhood in Nairobi, housing for 250,000 people is built around the city’s largest dumpsite. Life near a large trash heap exposes the population to problems ranging from illness to unemployment to extreme poverty.

Many of the town’s residents spend their days wading in the trash, looking for bits of aluminum and plastic that they can exchange for a few dollars to support their family. Others, typically women, run roadside stands selling goods like fruit or medications. For many families, the profits from these microenterprises are the only way to put food on the table or to send children to school.

Notre Dame and its Ford Program in Human Development Studies and Solidarity have been invested in Dandora for several years. Research projects in the local Holy Cross parish have taken root. In speaking with the local population about their needs, the Ford Program asked a trio of Notre Dame economists — Wyatt Brooks, Kevin Donovan and Terry Johnson — to come to Dandora to explore problems surrounding unemployment. 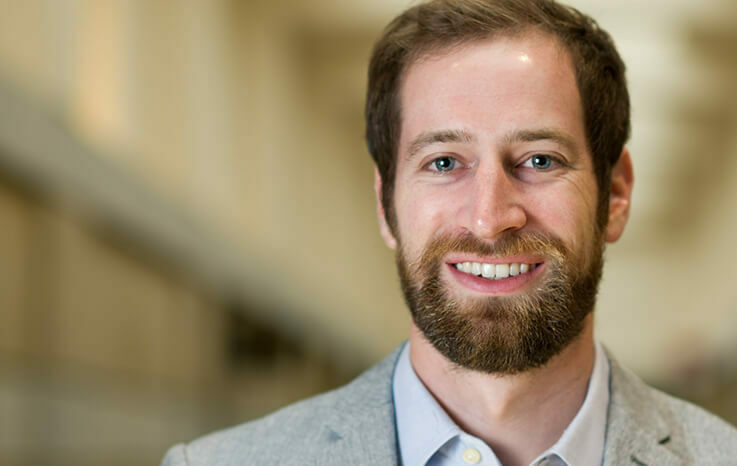 The professors in the College of Arts and Letters began their trip with the thought that helping people find jobs might boost family income, but after spending time with residents, they realized their predictions were off, admits Donovan.

In Kenya, over 70 percent of the population works in informal industry, namely microenterprises, and of those firms, 70 percent are run by women who likely have no business experience. In spring 2014, the trio surveyed 3,300 businesses and sat down with a focus group of young female entrepreneurs. The women had begun their own businesses as a response to unemployment, but they felt assistance from successful, local mentors could improve profits so they could better support their families. Those mentors could help struggling entrepreneurs better understand their industry, the basics of running a business and the market.

“Most people in poor countries are running businesses. So if you care about changing their income levels, you have to care about how these businesses work,” says Donovan.

On the trip back to South Bend, they began sketching an experiment that would pin mentor-mentee pairs against more traditional aid opportunities like business classes or financial investments, and with funding from the Ford Program and the Kellogg Institute for International Studies, implemented their project.

They divided the 360 participants into three groups. The first group of 120 would be paired with a local mentor in a similar career field. Those mentors would be given a day’s wages, about $9 per session, as incentive to participate in three or four meetings with their mentee. The second group was enrolled in business classes like those offered by the World Bank, and members of the third group were given $35.

Winny Aongo was a member of the first group. She first opened her fruit shop to supplement her family’s income when her husband’s job wasn’t going well. But many factors, including bad weather, rotting fruit and scarce inventory, jeopardized her small business. 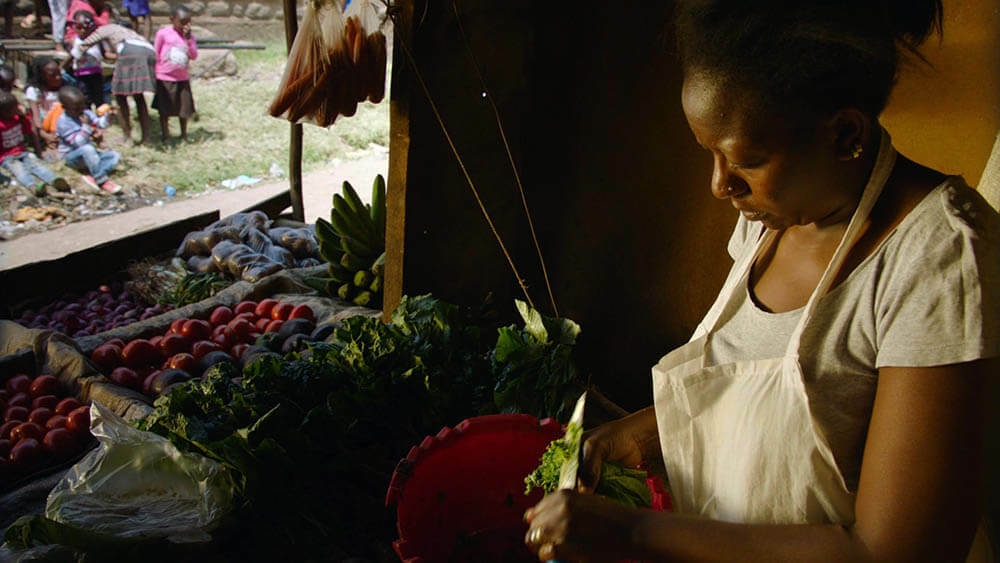 Once paired with a mentor, she was advised to sell nuts during the cold season when produce is harder to find and more expensive. Her mentor also suggested she open a cafeteria with her fruit stand. In just a few months, she saw her profits increase by 40 percent.

Her results are not an anomaly. Others have saved enough to buy land, send their children to school and grow their business. The results of seven surveys revealed that the first group saw an average profit increase of 20 to 30 percent while the other groups saw no movement in their profits.

“The real experts are not us as outsiders; it's the people who actually live in these communities and know how to run a business.”
— Kevin Donovan

Johnson says, “The real experts are not us as outsiders; it’s the people who actually live in these communities and know how to run a business.”

The advantage of the mentors, Brooks adds, is that they know the market, the pitfalls and where to buy goods for the lowest cost in order to maximize profits. Their information is locally cultivated and actionable.

The classroom studies, on the other hand, have not proven to increase profit. Brooks says one interpretation is that many of the practices — such as human resource management, accounting or marketing — learned in the business classes may not influence such small enterprises. But when a successful business owner can pass along skills and lessons that have helped her, it has tangible impact.

What was also impressive was that the mentor program was also the most cost effective. Every dollar invested in the program resulted in $1.73 in profit for a mentee, says Donovan. Comparably, 25 cents per week was the profit from the classroom group.

Though the economists are impressed by the numbers, making a true impact on the lives of their participants is far more valuable.

“We’re not just trying to make businesses more productive,” says Johnson. “We’re trying to make the families who run them more able to provide for their kids and each other.”

“This project was very interesting to me because at the basic level it is about how to help women and families lift themselves out of poverty,” says Mukhaya, a Kellogg International Scholar and recent Notre Dame accountancy graduate from Kenya. When Professor Donovan spoke to one of Mukhaya’s classes about this program, he immediately knew he wanted to get involved. 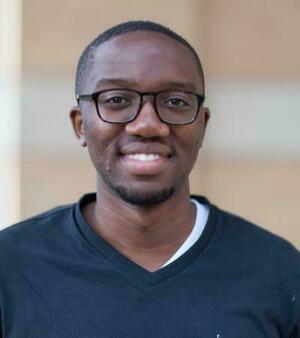 Though much of the survey data had already been gathered, he felt he could take a deeper look at the relationships between the mentors and mentees and why that created such a profitable system. This developed into his International Development Studies minor senior capstone project.

“This was fascinating to me because I thought it would give me an opportunity to understand …big questions of poverty being solved and understood from an academic approach,” he says. Sponsored by grants from the Center for Undergraduate Scholarly Engagement, the Kellogg Institute and the Ford Program, Mukhaya spent the summer in Dandora interviewing participants. “I talked to almost half who participated in the mentorship treatment trying to understand the relationships that worked and what are the characteristics that appear in both sides.”

“The success of the mentees' businesses was predicated on the formation of strong long-term relationships, evidenced by meeting regularly with the mentors,” Mukhaya says. “Mentorship leads to transfer of more local knowledge and allows for a continuous feedback loop for the mentees; this information and feedback is critical for relatively new businesswomen who do not have prior experience or training on how to effectively run their enterprises.”Since then, Mukhaya has graduated and is working in New York. But he hopes to someday return to Kenya and focus on economic policy making.

Though mentors were only paid for a month of advice, more than half of the pairs continued to meet even 18 months later. Many had become friends and partners, and now some of the mentees wanted to mentor other small business owners, says Donovan.

Since then, the researchers have presented their results to the World Bank and to government leaders in Nairobi, and there’s interest in trying it elsewhere.

“It definitely worked in Dandora, but that doesn’t necessarily imply it will work in other places,” Donovan says, noting location, population and other factors will almost certainly change success in other locations.

While the program may continue to help businesses in Dandora, the economists are looking for the next questions and the next answers. From maternal health care in Kenya, to microbusiness cooperation in Uganda, their fight to end poverty is ongoing.