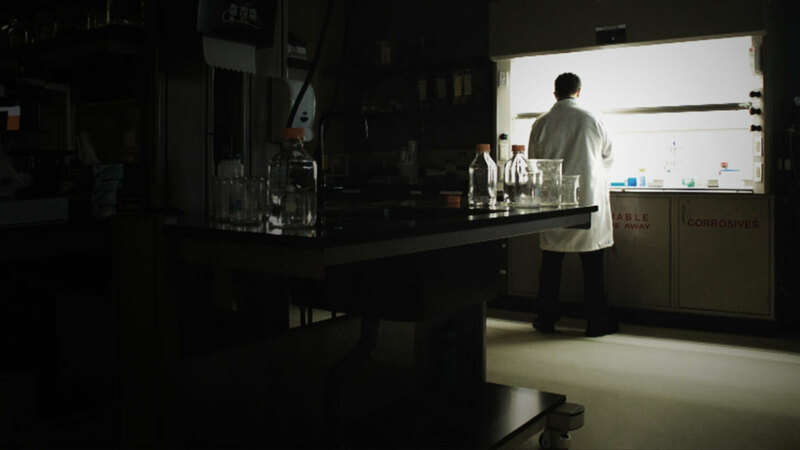 Sarah McKenzie knows the deadly potential of food allergies all too well. Her young son, Gunner, has a peanut allergy, and while the family is attentive, the smallest mistake can endanger him. Like the time she ate a peanut butter cookie and hours later triggered a life-threatening reaction in her son with a simple kiss. In the ER he recovered, but they live in constant fear of the next time his allergies take over. 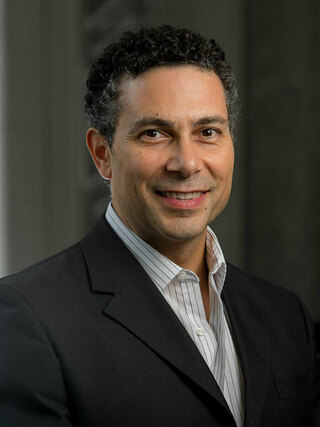 But Professor Basar Bilgicer hopes to make allergies, and the accompanying anxiety and trauma, a thing of the past. For an aspiration that large, he had to start small. Biomolecular small.

Biomolecular engineering, the Notre Dame engineering professor believes, could provide the solutions to some of the most persistent and dangerous health problems in our communities. After earning his PhD in chemistry from Tufts University and completing years of post-doctoral work in basic sciences like protein engineering, biophysics, thermodynamics, organic synthetic chemistry at Harvard University, Bilgicer decided he wanted his work to have direct health applications, so he thought about the projects that are most abandoned, and most critical. Allergies were one of the first issues that came to mind.

“There are no drugs that can cure allergies,” he says. “Food and drug allergies are dangerous. Everything that is available right now pretty much is designed to treat people after the allergic response happens. They treat the symptoms.”

Despite the fact that 50 million Americans suffer from some kind of allergy, there remains no medicinal cure for food and drug allergies. As Bilgicer said, most treatments simply help the body endure the symptoms once a reaction is taking place. But he has created an inhibitor which will prevent allergic responses entirely by blocking them at a molecular level.

“I believed I had ideas and the ability to make those ideas come to life, and that’s why I started designing these inhibitors and started working on allergies. At the time I didn’t know anything about allergies. When I was just starting out, I was trying to get funding from NIH and other places, and people were really skeptical, really for all my projects,” he says. “We have proven them wrong. We are actually very close to finding inhibitors that can potentially benefit peanut sensitive patients.”

According to the Food and Allergy Research and Education organization, three million Americans suffer from peanut and tree nut allergies. For them, Bilgicer’s discovery is, in and of itself, fantastic news. But what’s better is that Bilgicer’s method is a platform that could be applied to many other different allergens including penicillin, wheat, dairy, eggs, etc.

The way it works is that an allergic reaction is triggered when an allergen binds to the antibodies on mast cells within the immune system. The reactions can range from seasonal sniffles to anaphylaxis. Bilgicer’s approach is to figure out exactly which antigen epitopes from an allergen are binding to cause reactions. Once that’s determined, patients can be given an inhibitor. The inhibitor will bind to the mast cell so the allergen cannot, thereby preventing the reaction from ever occurring.

Allergic reactions start with a cellular process called degranulation, where groups of molecules (granules) found inside certain immune cells are released. Following the entry of an allergen to a patient’s body, the cellular response is initiated by the interaction of the allergen molecules with the Immunoglobulin E (IgE) antibodies that are found on the surface of these immune cells.

IgE antibody molecules change their positions on the mast cell surface to cluster together around an allergen in a process called cross-linking. The receptors attached to these IgEs cross-link to cause a complex cascade of reactions that ultimately result in the release of the granule components (histamine, for example) from the mast cells. This release (degranulation) initiates a patient’s allergic reaction.

Bilgicer’s approach is to figure out exactly which components of an allergen are binding to cause the degranulation reaction. Once that’s determined, patients can be given an inhibitor that will bind to the IgE antibody on the mast cell surface and block the allergens from doing so, thereby inhibiting degranulation.

The current therapies used to treat such responses induce non-specific suppression of the immune system, which potentially poses the patient an increased risk for infections and cancers.

What makes this technology novel is that it selectively suppresses the exact antibody or antibodies responsible for the allergic response, instead of creating a blanket suppression of an entire branch of the immune system as traditional therapies like antihistamines do.

The trick is that in a given allergen, for example, peanuts, there could be several potential antibodies that could be causing an allergic reaction in a patient. To figure out exactly which one, Bilgicer has also created a diagnostic technology that uses nanoparticles, which will help identify those so that a personalized treatment approach can be administered. This nanoparticle technology, named nanoallergens, will also drastically improve existing allergy testing in the clinic by accurately diagnosing the severity of the allergic condition for any allergy patient.

The potential is exciting, even life-changing, but the timeline is long. By collaborating with physicians and allergy specialists, like Dr. Wayne Shreffler from Massachusetts General Hospital and Dr. Manish Butte at Stanford Medical School, he is evaluating the potential of his technology to translate to the clinic. But Bilgicer underscores that a typical timeline for therapeutics is eight to ten years from lab to market. And that’s without any hiccups. While diagnostic technology may move a little faster, it still won’t be available to the public for years yet. But Bilgicer believes strongly in his products and is determined to move them along.

In 2015, he co-founded Certus Therapeutics, a company which will help push technology and treatments through clinical trials. In April, a team of six graduate students helped Certus win the 16th annual McCloskey Business Plan Competition at Notre Dame, netting the project a cool $25,000. Its first product is another Bilgicer nanoparticle invention: a liposome product called Lypos which delivers drugs to specific cancer cells to reduce toxic effects and harsh side effects. 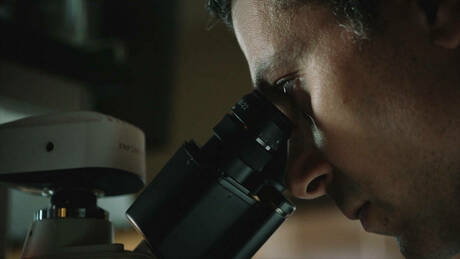 “What really motivates me every day is the hope that I will someday see some of the technologies that we developed in the lab reach the clinic, reach the bedside and help people,” he says. “Science is fun, like solving a puzzle and trying to figure things out, but my real motivation comes from the hope it will actually help people.”

Adding another layer of motivation, three years ago, Bilgicer’s 7-year-old daughter was diagnosed with a severe sun allergy. While it’s not currently one of the allergens he’s working on, he acknowledges he now sympathizes with parents who fear for their children’s safety when it comes to allergic reactions.

“Why I do what I do, is because I want to improve the life quality for everyone. We, the human race, can live longer. But we want to live longer and healthier,” he says.