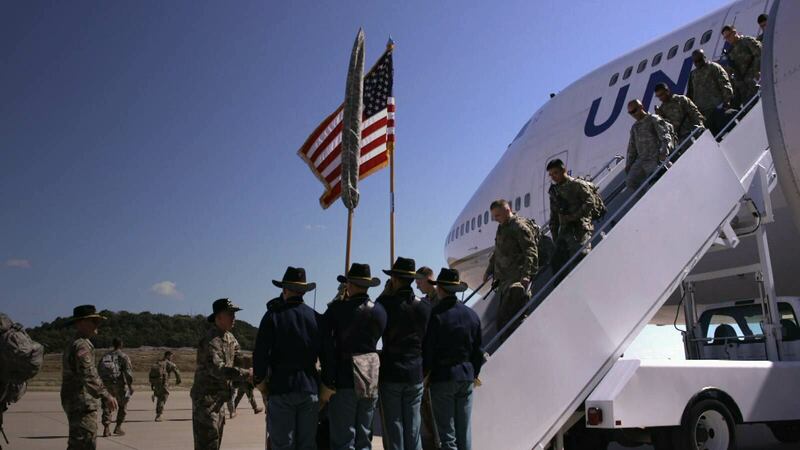 At a young age, it was ingrained into Brady Quinn ’07 that it was important to respect and support the military. His father was a marine in Vietnam. His grandfathers had both served. The lineage ensured he and his sisters never took for granted the sacrifices soldiers made for the good of the country.

Because of that “strong appreciation for those who have risked their lives to protect liberties and freedoms for us,” he says, he was motivated to create a foundation dedicated to giving back to the armed forces. In 2011, Quinn formed 3rd & Goal – Veterans Home Aid to make homes handicap accessible for wounded veterans. It also expanded to help provide housing for homeless veterans, whose numbers top 107,000 in the United States.

As the foundation progressed, Quinn wanted to be able to adapt to the needs of veterans. He noticed that poor financial management was a problem that kept reappearing.

“One of the recurring issues veterans or soldiers have, is they come back from overseas, and they’re able to take this lump sum of money. They need to understand how to budget it, how they can utilize it, best spend that money, invest that money,” Quinn says. 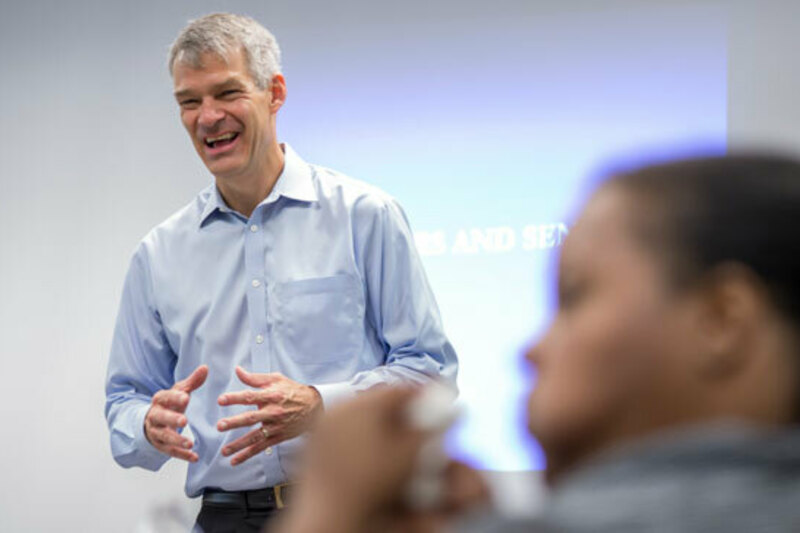 Carl Ackermann, Mendoza College of Business Professor of Finance, teaches a financial literacy class at the Center For the Homeless in South Bend, IN.

Thinking back to the days before he entered the NFL, he remembered Notre Dame Professor Carl Ackermann had created a personal finance class for him which addressed many of the same issues.

“It helped me to understand how to go about investing and saving that money, trying to create a budget, the different pitfalls to look out for, and the different things I could do to prepare myself for the NFL,” Quinn says.

He contacted his former professor, who holds the Nolan Professorship for Excellence in Undergraduate Instruction in the Mendoza College of Business, and asked if he would be willing to help on this project. Ackermann, widely known for his service to students, alumni and the community, responded with an enthusiastic ‘yes.’ 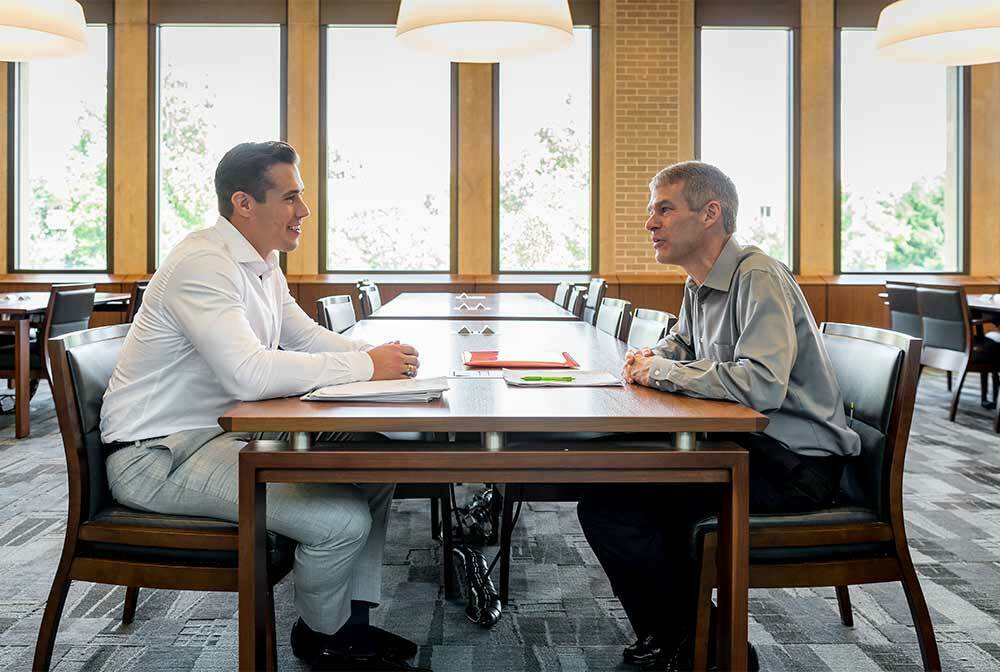 “My greatest motivation is always to help the people in greatest need. I felt this group was in tremendous need,” Ackermann says.

“If you can develop one anchor and one foundation, it can often be the base off of which to develop other really good habits.”

“I do think learning about personal finance is vitally important,” he continues. “It’s the number one stress people face.”

The duo began drafting a four-session course on personal finance to include budgeting, saving and investing, to take place at the South Bend Center for the Homeless in June 2016. With the help of Steve Camilleri ’94, the executive director at the center, they recruited 10 veterans as the inaugural participants.

There was a challenge to overcome: Most of Ackermann’s personal finance experience is with University students who have largely similar situations, he explains. The recommendations for a group like that are fairly consistent. But he quickly learned with veterans of varying ages with a range of financial instability and other personal circumstances, much of the advice needed to be tailored to specific scenarios. Luckily, the starting point was uniform: How were participants spending the money they did have?

Ackermann explains, “For this group in particular, if you become conscious of your spending and what you’re spending on, then that makes you think about some of the habits you have.”

To help fine tune the program to each participant’s needs, Ackermann met with the students individually to devise clear goals like paying off debt or saving for a down payment on a home. 3rd & Goal also offered some seed capital to encourage students to invest in their future.

Students like Tony Clifford are inspired by what they learned. He says while he was accustomed to living paycheck to paycheck, now he has goals to buy a car and a home, and the tools to make it a reality.

As for the program, the hope is to execute it on a larger scale in order to help more people, Ackermann says. Moving locations has been discussed, as has a video series which veterans could access online. 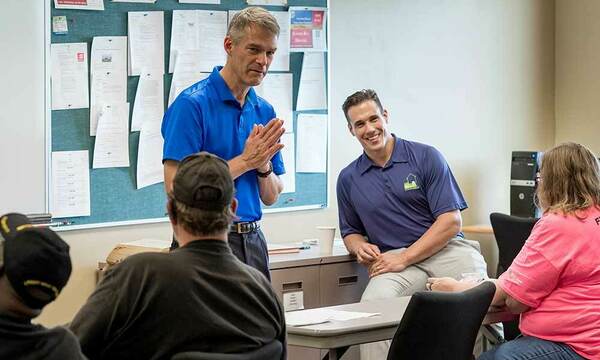 “One thing we’re really cognizant of, I think that when it comes to personal finance — and especially with a population like this — people have really individual circumstances where they need to be helped,” he says. “Even if we go to a larger program, and even to some videos, we’re still going to have some personal content and a lot of opportunity for individual interaction. That’s where I think they could benefit the most.”

With that personal connection as a critical part of this equation, Quinn insists this program would not, and could not, be successful without Ackermann’s help.

“I just don’t know if I would have found anyone else who was as passionate, or who was able to construct something that was so applicable to all these people,” Quinn says. “He was able to put together something that could benefit each individual person.”

“We both know the impact that people handling their own finances can have in improving their own quality of life,” he continues. “If we can help one person, then that’s one more than if this program didn’t exist.”