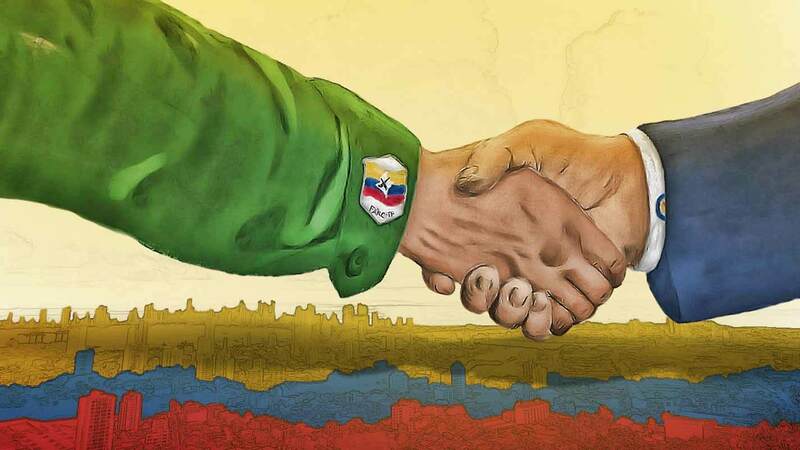 Peace negotiations between the Colombian government and the country’s principal guerrillas had come to a standstill yet again. One of the longest and bloodiest civil wars in modern history hung in the balance. A month earlier, the rebels had killed 11 soldiers at an army camp. The government retaliated, killing more than 20 guerrillas, who ended their unilateral ceasefire. 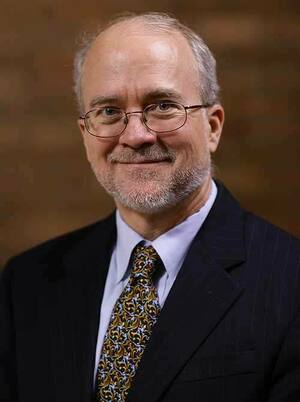 In the middle of this chaos in early 2015, Colombian President Juan Manuel Santos called Doug Cassel, a human rights attorney and an expert in transitional justice, at his office in the Notre Dame Law School.

“The negotiations on justice weren’t progressing,” Cassel said. “There was a near collapse of the peace process.”

Cassel understood the complexity and the stakes of the historic talks. The last time the Revolutionary Armed Forces of Colombia (FARC) sought peace by transforming into a legitimate political party in the 1980s, some 5,000 of their party members and two presidential contenders were assassinated by right-wing paramilitaries with suspected ties to the government. Their reluctance to try that route again was well-founded.

For five decades, the Colombian government, paramilitary groups, drug cartels and guerrillas have fought at various levels of intensity. More than 200,000 people have been killed and more than 5 million civilians have been forced from their homes, among the largest number of internal displacements in the world. Bitterness and distrust have taken deep hold.

No group can escape blame for the carnage. The FARC say they defend the poor from injustice and government violence, but they engaged in drug trafficking and kidnapping to fund their activities. The government claims to seek order and the rule of law, but they worked closely with paramilitary groups connected to human rights abuses and the cartels.

While the FARC has shrunk to about 7,000 fighters, “It doesn’t take many rebels to cause havoc,” Cassel said. “President Santos recognizes this and pursues peace.”

And on August 24, the fourth major peace effort reached an agreement to finally end the war after four years of negotiations. Santos included Cassel in the people he thanked during a nationwide address after the announcement.

The last major hurdle to peace will be a nationwide referendum on October 2. If it’s approved, the rebels would have 180 days to turn in their arms. Santos’ political opponents are urging the defeat of the plan, and polls show the Colombian public is split between those tired of the fighting and those who think the deal is too lenient to the FARC.

When the peace process broke down in 2015, negotiators in Havana, Cuba, created a commission with three experts from each side. Santos tapped Cassel as a government representative. Their mission was to find a balance of justice for FARC atrocities severe enough to satisfy international commitments and the group’s victims, but not so great that FARC leaders rejected it. Negotiators also needed to create a framework the rebels can trust to protect them from paramilitary attacks and convince them to relinquish their arms.

“It’s not perfect, but it’s better than the status quo.”

“We’ve come up with a package that is unique, that’s not been done before,” Cassel said. “It’s not perfect, but it’s better than the status quo.”

Over the course of seven weeks – and with help from Cuba, Norway and even the pope – the six experts hammered out a broad agreement that was signed in Havana on Dec. 15. In an event at the White House on Feb. 4 that Cassel attended, President Obama pledged to seek $450 million for Colombian peace efforts.

“From Cartagena to the campo, there’s no denying Colombia’s remarkable transformation,” Obama said. “Just as the United States has been Colombia’s partner in a time of war, I indicated to President Santos we will be your partner in waging peace.”

It’s remarkable that Santos would call on Cassel, the former director of Notre Dame’s Center for Civil and Human Rights, because he had recently won a human rights abuse case against the Colombian government.

In 2012, Cassel and other attorneys won a case in the Inter-American Court of Human Rights on behalf of the victims of the 1998 Santo Domingo massacre. A cluster bomb launched from a Colombian Air Force helicopter killed 17 people and injured 27 in a village in northeast Colombia. The government claimed the FARC had detonated a truck bomb, but U.S. investigators determined that the shrapnel came from an airborne cluster bomb. The court ordered the government to take responsibility and pay reparations to the victims or their families.

Santos’ political rival, former president Alvaro Uribe, is a longtime critic of the peace process and making any concessions to the rebels he battled for years. Uribe called Cassel an enemy of the Colombian state after his work on the Santo Domingo case.

Yet Santos tapped Cassel for his long record and expertise in transitional justice. In the 1990s he was a legal adviser to the UN Truth Commission in El Salvador. He has consulted on justice and peace issues across the world, from Indonesia and Thailand to Ghana and Guatemala.

“I wouldn’t be here if Notre Dame didn’t have a long commitment to human rights and to this work in Latin America,” he said.

In Colombia, peace negotiations in Havana with the FARC began in secret in 2012. Santos narrowly edged Uribe’s party in a 2014 election, giving some public validation to the peace effort. In December of that year, Santos asked for help from the United States, which appointed Bernard Aronson as a special envoy.

Aronson, a Democrat who was George H.W. Bush’s top Latin American diplomat, has a reputation for bringing opposite sides together. He helped broker peace deals that ended civil wars in El Salvador and Nicaragua in the 1990s. He and Cassel had come to know each other through this type of work, and Aronson asked for some legal help on Colombia.

That relationship led to the call from Santos as talks stalled. Negotiations resurrected with the creation of the six-member panel, which met for about 25 intense days between July and September of 2015. Cassel said the talks advanced dramatically at the end because the rebels hoped to have an agreement for Pope Francis’ visit to Havana that month. 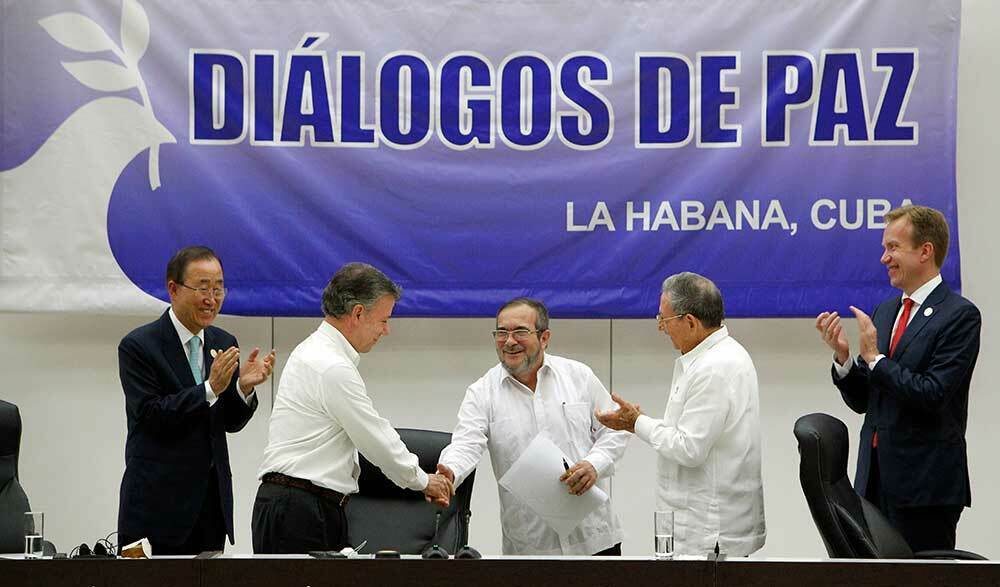 President Juan Manuel Santos of Colombia and the head of the FARC, Comandante Timoschenko shake hands during a ceremony announcing the first agreement for peace.

“They wanted his blessing and legitimacy,” Cassel said. It took a few extra days of wrangling, but their compromise was unveiled on Sept. 23, 2015, as a major breakthrough. The process crossed another hurdle in June 2016 with the announcement of a cease fire that held through the final negotiations.

The six-point agenda for the peace process included rural development, political participation and demining war zones. But the two trickiest, Cassel said, were transitional justice and demilitarization. FARC leaders wanted a system based on reparations that did not limit their liberty. One disagreement was whether war crimes would be tried in regular courts or some other judicial system.

The six negotiators’ innovative plan calls for a special tribunal to hear charges against the guerrillas and the military. Those accused of serious crimes will face five to eight years of labor on reparations while in confinement other than prison – if they tell the truth and cooperate. If not, those who maintain their innocence and are found guilty face up to 20 years in prison.

The government has committed to protect the FARC once it disarms, but its leaders harbor legitimate fears that paramilitary or gang forces will try to assassinate them. Cassel said the precise arrangements for where and how the FARC will demobilize and under what security were difficult issues to resolve. He was recalled for more negotiations in October 2015. The final plan calls for turning in arms at designated camps and “protected zones” with United Nations’ monitors, though it’s not clear whether the rebels will arrive before or after the referendum.

While some people balked at alternative sentences for war crimes, Cassel pointed out that concessions are the only way to reach an agreement. He agreed with Santos, who told a Spanish paper last year, “Nobody is going to turn in weapons only to go and die in a U.S. jail.” 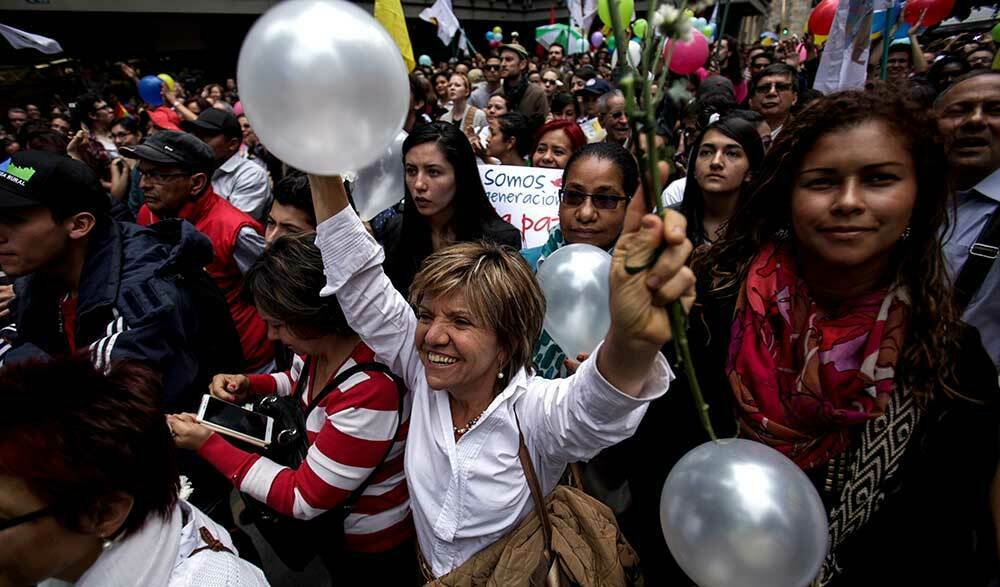 Colombian residents celebrate during the broadcast of the signing ceremony of the historic ceasefire agreement between the Colombian government and the FARC guerrilla group on June 23, 2016.

Cassel sees reason for hope. Using data from 34 other countries that overcame armed conflict government planners predict peace with the FARC would boost economic growth from 4 percent to 5.9 percent and triple foreign investment to $36 billion.

“It’s a privilege to have been able to accompany the people and government of Colombia in trying to end their nation’s tragedy,” Cassel said.  “I’m grateful to President Santos for inviting me to play a role, and to Notre Dame for allowing me the time to put my scholarship into practice.”