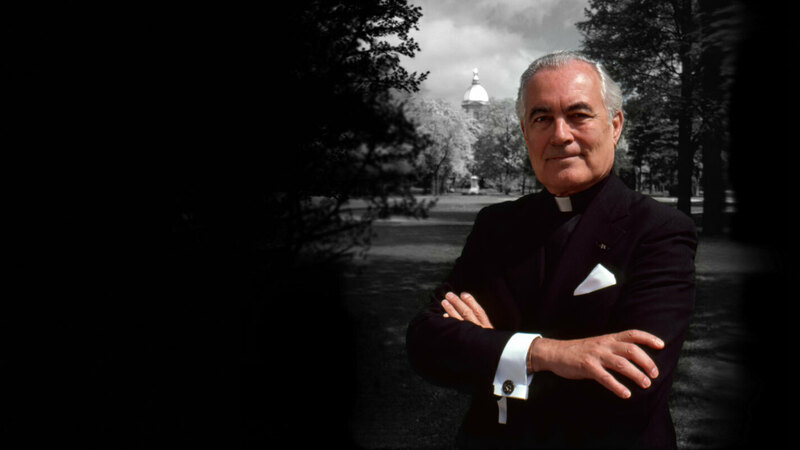 When Rev. Theodore M. Hesburgh, C.S.C., took the helm at the University of Notre Dame in 1952, he was set to transform the small Catholic school for boys. In his 35 years as president, he doubled the size of the student body, upgraded the caliber of academics by attracting top faculty, and admitted women to the University.

But what is perhaps more memorable is the influence Father Hesburgh had concerning world events. He served nine U.S. presidents (16 appointments in all) and four popes. the first priest to serve on the board of the Rockefeller Foundation. During the Cold War, he calmed feuds that could have derailed nuclear disarmament talks at the International Atomic Energy Agency. He reformed intercollegiate athletics through his work on the Knight Commission. He was instrumental in establishing the Peace Corps and was a champion for Third World development and immigration reform.

It was Father Hesburgh who forged the consensus that led to the Civil Rights Act of 1964, after the commission had become bogged down in an apparent stalemate. That same year, Father Hesburgh famously stood with Martin Luther King Jr., in a powerful illustration of his commitment to civil rights.

He presided over Notre Dame during one of the most tumultuous times in U.S. history, the Vietnam era. It was Father Hesburgh's steady leadership, characterized by his trademark willingness to engage with students, that helped to peacefully resolve campus unrest while maintaining a productive academic community. Hesburgh was viewed as a model for college presidents dealing with campus unrest nationwide.

The resume goes on, but Hesburgh insisted, up until the end, that the only thing he ever truly aspired to be was a priest. “I never wanted to be anything but a priest, which is in itself a great and unearned grace. I hope to live and die a priest, nothing more, but nothing less either.”

Nothing less, certainly. But when he died on February 26 at age 97, he was much more to students, to alumni, to Americans and to people worldwide who unknowingly benefited from his leadership and resolve. During several days in late February and early March, 2015, the University community and the world paused to honor Father Hesburgh. This installment of the "What Would You Fight For?" series debuted during that time.

With his legacy in mind, what are you fighting for?