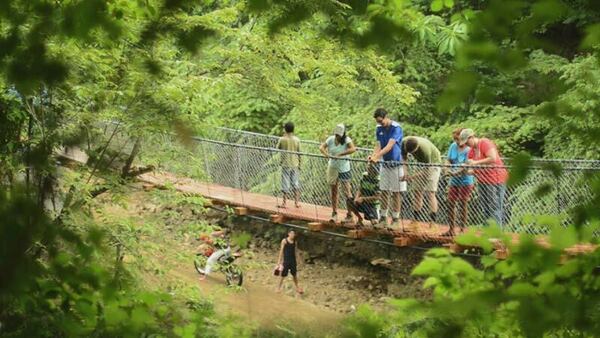 Senior engineering student Luis Llanos knows firsthand how showing compassion and offering support can give people a brighter future and real hope for a prosperous life.

When Notre Dame senior Luis Llanos was nine years old, political violence forced his family to flee their native Colombia. After arriving in the United States, the generosity of strangers helped them survive and start a new life.

Now, Luis is paying it forward by using his Notre Dame education to help those in need. He is a member of Notre Dame Students Empowering through Engineering Development (NDSEED), a service projects course that partners with Bridges to Prosperity (B2P), a nonprofit organization that builds bridges in impoverished areas. Luis and other Notre Dame undergraduates help ensure that residents in these rural communities are not cut off from health care, education or markets by impassable rivers.

NDSEED was formed in February 2008 at the University of Notre Dame when six civil engineering students decided to combine their academic interests with their passion for service in support of the University's mission. The following year, NDSEED formed a partnership with B2P to build a footbridge for a rural Honduran community. Led by Tracy Kijewski-Correa, professor of engineering, the group has built five bridges in three different Central American countries, giving residents access to a better life. Next summer, they have plans to build their sixth bridge in Nicaragua.